During his life, Dr. Russell Kirk championed a set of principles that he labeled the “permanent things”, which included such high ideals as magnanimity, courtesy, and nobility. This past November, the Russell Kirk Center’s inaugural Kirk on Campus event exhibited these three permanent things in such a way as to honor the legacy of Kirk himself.

diverging opinions on President Trump’s effect on our political system

The discussion titled “Trump and the Future of American Democracy” was hosted on the campus of Hope College and brought together three distinguished writers—historian and former New York Times editor Sam Tanenhaus, New York Times columnist Ross Douthat, and Senior Editor of First Things Mark Bauerlein—each alike in dignity but divergent in opinion on the president and his effects on our political system.

the most valuable lesson was loving disagreement and challenge between fellows

The three sat before an audience of over six hundred, who came in search of clarity, conversation, and conclusions amid a presidency that has sparked exceptional controversy. The six hundred were fed in these desires, but beyond that, they were invited into a conversation between three strikingly different experts who nonetheless engaged each other with the utmost magnanimity, courtesy, and nobility. Perhaps the most valuable lesson of the night for me as a student was found, not in questions, answers, and conclusions, but in the example shown of loving disagreement and challenge between fellows—a lesson Russell Kirk would have been proud to impart. 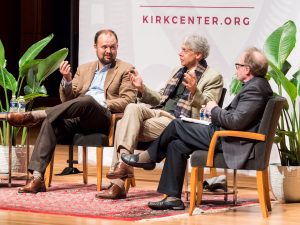 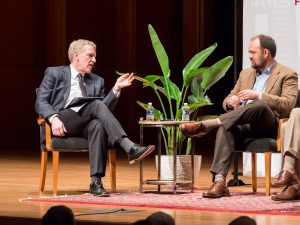 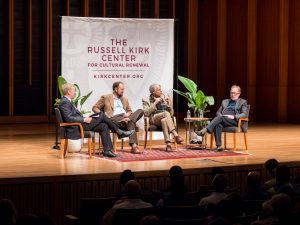 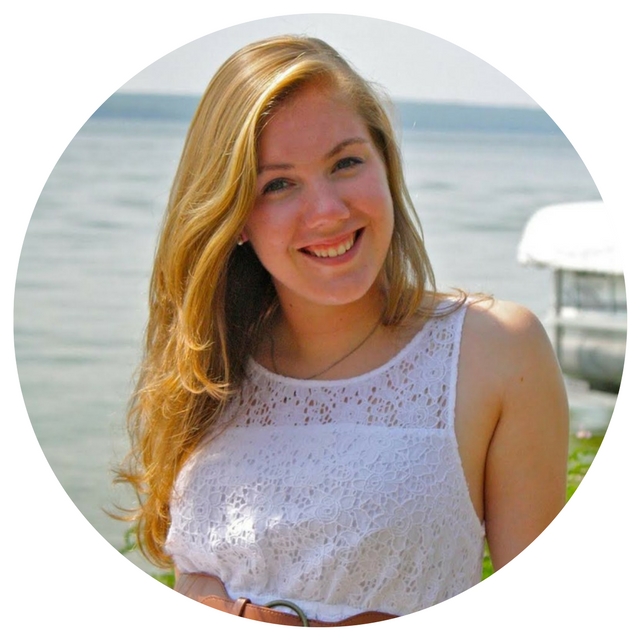 Kirstin Anderson is a junior political science and business dual-major at Hope College, and a member of the Hope College Tocqueville Forum. When she’s not researching on behalf of Dr. Polet or diligently attending class, she can frequently be found writing, running, and reading Edith Wharton.