There is a new big man on campus, and his name is Russell Kirk.

Dr. Russell Kirk has always been known at Hillsdale College as an historian and man of letters. His essay “The Problem of Tradition” is required reading in the American Heritage course every student takes as part of the core curriculum. Hillsdale professors including Richard Gamble, Bradley Birzer, and others promote Kirk’s life and work in the classroom, in writing, and on the lecture circuit. A plaque hangs in Mossey Library, with Hillsdale’s statement on academic freedom, written by Kirk himself.

While much of Hillsdale’s faculty has been devoted to Dr. Kirk’s legacy since his time teaching at the college, undergraduate students haven’t always shared this devotion. This, however, is changing.

What some have deemed a “Kirk Revival” is steadily spreading throughout Hillsdale’s campus. Students are increasingly drawn to the life and work of Dr. Kirk.

Hillsdale’s American Studies major was founded in honor of Dr. Kirk. In early October, the American Studies honorary, the Dogwood Society, hosted a lecture series about Dr. Kirk entitled, “Russell Kirk at 100: A Conservative Mind’s Legacy.” The series focused on Kirk as a man and an imaginative conservative. 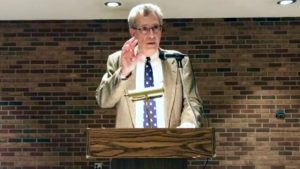 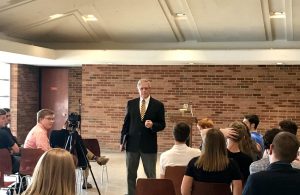 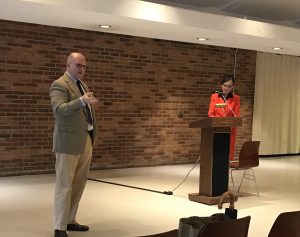 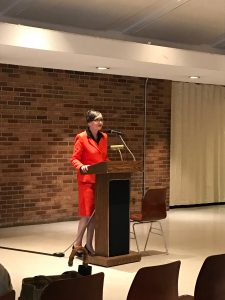 The turnout for the lecture series was inspiring. A large group of underclassmen attended each and every lecture and, as word about the events spread, more and more students were drawn to the lectures, attending eagerly and expressing hunger for more of Dr. Kirk’s unique brand of conservatism.

the inspiration behind Hillsdale’s Kirk revival

What has inspired this revival? Why do young people want to emulate a man who died before they were born, refused to drive, and wore a cape? Why are they so inspired by a man so far removed from the modernity in which they live?

The answer lies in Dr. Kirk’s pursuit of permanent things.

In today’s day and age, permanence is a foreign and alien concept. Everything is in flux, subject to change, and debatable. Truth seems reduced to something relative and malleable. In such a day and age, the soul longs for something better and more substantive toward which to strive.

Dr. Kirk cared about permanent things, and he lived a life that reflected that. The “Kirk Revival” at Hillsdale began because those who are passionate about his ideas are faithfully spreading the word about Russell Kirk. But people keep listening because Dr. Kirk cared and wrote about things that endure. His ideas are different, and demand action rather than mere assent. And in an age marked by passivity and narcissism, good people are drawn to higher things.

In his lecture, Birzer said that when he first read Dr. Kirk, he experienced how attractive such important and permanent things are to youth in search of answers to the chaos and brokenness of their time.

Nathan Messiter, a junior at the College and a dedicated disciple of Dr. Kirk, talked about his eye for what is important in life.

He said, “There are so many people who seem unable to discern where our focus ought to be, being distracted by the complexities of contemporary life. Dr. Kirk’s focus on the permanent things reminds us of what is always good and encourages us to pursue those things.” Messiter went on to say, “A life characterized by conserving and enjoying the permanent things is one filled with the joy and love that makes life worth living, and Dr. Kirk’s writings remind me to focus on such things. Dr. Kirk has been integral to my education by teaching me not only how to think, but also how to live.”

And that is what matters most: Dr. Kirk’s ideas teach us how to live. He continues to instruct and inspire, not only through his writing, but also through the manner of life he lived.

In his lecture, “Rooting Conservatism,” Birzer said that what he loves most about Dr. Kirk is not his writings, but the way he lived his life and how he embodied what he professed. “We all love to confess,” Birzer said, “But [Dr. Kirk] professed.”

By hearing the testimony of lecturers who knew Dr. Kirk well, young people are able to gain a deeper understanding of the man he was. And envisioning the man behind the words makes the words that much richer.

The way Cornett described Dr. Kirk in his lecture, “Man of Mecosta,” says it all. Cornett dubbed Dr. Kirk a man of integrity, purpose, and character. Such a man is worth imitating and following, and leaves people in utter awe of who he was. Such a man inspires them not only imitate his life, but also his mission to inspire others.

Dr. Kirk is still changing things at Hillsdale and beyond, both through his own works and through the words of those whom he has influenced. His ideas bring hope. As Annette Kirk said, “Everything Russell touched became magical.” Thanks to the Dogwood Society’s lecture series, more and more students on Hillsdale’s campus are beginning to understand just what she means. 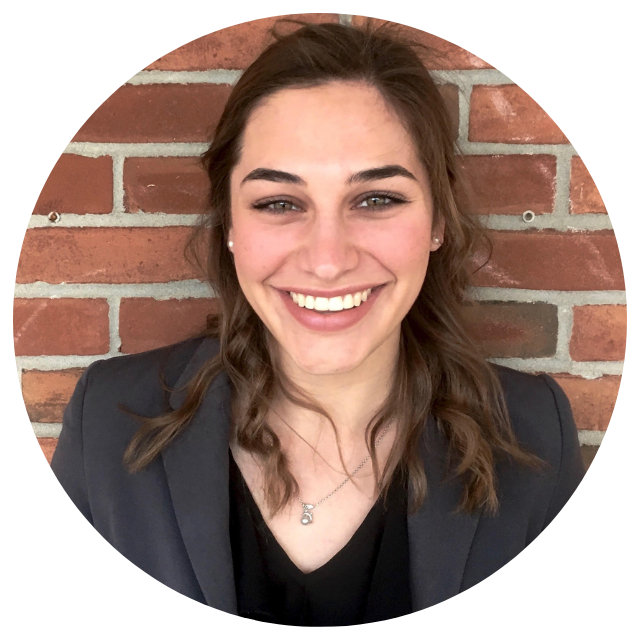 Lauren Blunt is a Junior studying English at Hillsdale College.