Enemies of the Permanent Things: Russell Kirk and enduring realities in imaginative fiction 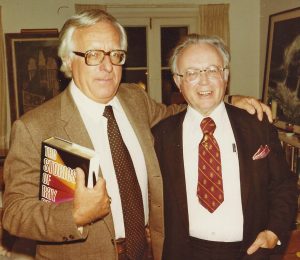 This year, Simon & Schuster published a new edition of Ray Bradbury’s literary masterpiece, Something Wicked This Way Comes, which includes both essays on its development by the author and important critical essays and reviews. The lead essay is taken from Russell Kirk’s Enemies of the Permanent Things, which studies literature’s influence on society.

As Kirk explained in his analysis of Bradbury’s fiction, “The outer life of good and evil in an American town is described in Dandelion Wine; the subterranean, inner reality, in Something Wicked This Way Comes.” In the novel, Mr. Halloway suggests to his son that the carnival that comes to the town is not a merry one, but lives “off the poison of the sins we do each other, and the ferment of our most terrible regrets.” 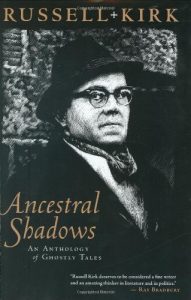 The Friendship of Ray Bradbury and Russell Kirk

While Russell Kirk is widely known for his books on history and political thought, he also wrote award-winning fiction. He and Bradbury admired each other’s writing and corresponded about their respective works. For Kirk, “Bradbury’s stories are not an escape from reality; they are windows looking upon enduring reality.”

Commenting on Kirk’s Ancestral Shadows, Bradbury observed, “For too many years Russell Kirk, almost like the title of this book, remained half seen in the American literary scene.  It is time his critics and readers brought him out into the full light. He deserves to be considered a fine writer and an amazing thinker in literature and in politics.”

This season of repentance in the Christian calendar provides a suitable opportunity to reflect on the inner reality that Kirk observed so well. Imaginative fiction of the caliber that Kirk and Bradbury produced can be one way to do so.

We’re pleased to share with you Russell Kirk’s essay from Enemies of the Permanent Things. Share this timely reflection with your family and friends, especially those who may have read Kirk and Bradbury’s stories.

From the  Simon & Schuster editor’s introduction:

Russell Kirk (1918–1994) was a cultural critic and scholar who corresponded with T.S. Eliot and wrote regularly for the National Review. His influential formulation of postwar American conservatism blended a love of traditional values with a healthy skepticism of those who would manipulate those values.

Like Bradbury, Kirk was critical of both the far right and the far left, and he was also an award-winning writer of light horror and ghost stories that ranged from traditional English haunts to American Gothic tales. Bradbury and Kirk developed an enduring friendship in the early 1960s; in Enemies of the Permanent Things (1969), a widely-read study of literature’s role in society, Kirk devoted most of his chapter on Fantasy to Bradbury. The following excerpt presents Kirk’s careful reading of Something Wicked This Way Comes.

From Enemies of the Permanent Things

A carnival comes to a small town; and two boys, thirteen years old, Jim and Will, are fascinated by it. But this particular carnival is not merry. Its master is the Illustrated Man, Mr. Dark, seeking whom he may devour. His captive freaks are sinners whose monstrous bodies are the personifications of their sins. His carousel, running forward or backward at great speed, will give human beings their desire of youth regained or age attained—and send the iron into their souls. His Mirror Maze will entrap the folk who seek what is not in nature, and will convert them into caricatures of themselves. Madame Tarot, the Dust Witch, can murder with a whisper. For centuries, preying upon frailty and folly, this carnival has wandered the world, its proprietors setting their snares for the unwise and the unwary, and often with success. 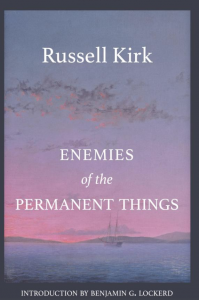 Only one man in town—Will’s father, the library janitor, growing old—recognizes the carnival for what it is. The carnival is not Death. “But I think it uses Death as a threat,” says Charles Halloway, the janitor, to the terrified boys. “Death doesn’t exist. It never did, it never will. But we’ve drawn so many pictures of it, so many years, trying to pin it down, comprehend it, we’ve got to thinking of it as an entity, strangely alive and greedy. All it is, however, is a stopped watch, a loss, an end, a darkness. Nothing. And the carnival wisely knows we’re more afraid of Nothing than we are of Something.”

This carnival is the evil that men do to one another, and to themselves; it is fed by pain and fear. What Cooger and Dark’s Carnival desires is not worthless dead souls, but ulcerated egos, given up to will and appetite. “A dead soul is no kindling. But a live and raving soul, crisped with self-damnation, oh that’s a pretty snoutful for such as them.” Enslaved to the freak-masters, such souls in agony supply the fuel for the carnival’s perpetuity. For every need, want, and desire the carnival proprietors promise a satisfaction beyond the bounds of nature. But their victims fall, instead, into madness and ghastly distortion. There is no need for devils to buy souls, for “most men jump at the chance to give up everything for nothing.” This carnival has “traveled a long way on an easy map, with people handy by every crossroad to lend it lustful pints of agony to power it on. So maybe the carnival survives, living off the poison of the sins we do to each other, and the ferment of our most terrible regrets.”

This carnival’s power is mighty, and it converts the lightning-rod salesman into a hideous crumpled dwarf, old Miss Foley into a lost child. Jim, who would grow up too soon, stands on the brink of being whirled by the carousel into monstrosity. By lusting after the abnormal, by flouting the nature of things, old and young betray themselves into the freak-master’s clutch.

Yet one power is stronger than the temptations and threats of the carnival; and that power is laughter. We laugh at the incongruous, at the absurdity of the unnatural. Rediscovering the weapon of humor, Halloway first baffles the Dust Witch, and then shoots her dead with a bullet on which he has imprinted a smile. Evil, after all, is ludicrous; and though God is not mocked, those creatures who batten upon tormented souls are aghast at healthy mockery.

Just when all had seemed lost, Halloway and the boys destroy the carnival by mirth. But other creatures who prey upon warped souls will come to town presently, in some other disguise, and the fools who want everything will become their freaks.

Evil, in essence, is the appetite to undo the natural order of things. It is the glorification of abnormality. And the price one pays for clutching at the unnatural is metamorphosis into a freak, or into a freak-master.

In Bradbury’s fables of Mars and of the carnival, fantasy has become what it was in the beginning: the enlightening moral imagination, transcending simple rationality. The everyday world is not the real world, for today’s events are merely a film upon the deep well of the past, and they will be swallowed up by the unknowable future. The real world is the world of the permanent things, which often are discerned more clearly in the fictional dead cities of Mars or the fictional carousel of Cooger and Dark than in our own little private slice of evanescent experience. And—what is a wondrous thing in itself—the new generation of Americans are not blind to the truth of the fabulists, for Bradbury is their favorite author. 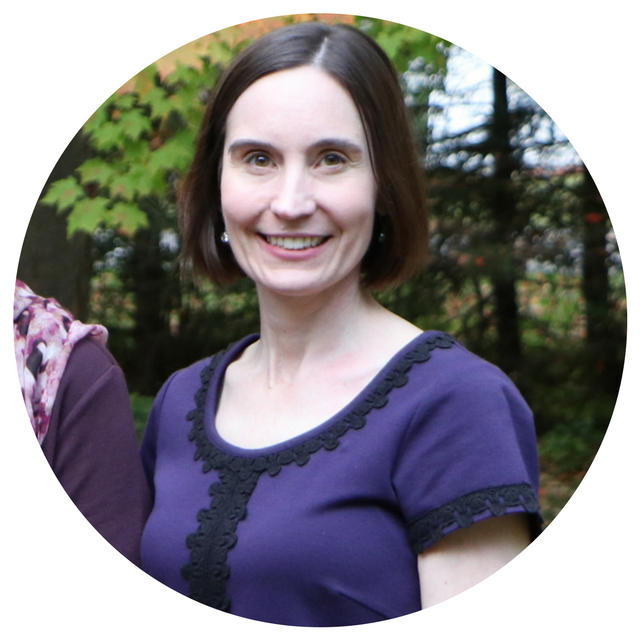 Cecilia recently became publications manager for the Kirk Center. A daughter of Russell and Annette Kirk, Cecilia grew up attending the seminars held by her parents and is delighted to promote her father’s writings and the wonderful programs underway at the Center.